To provide control in the system to restrict users from logging in after several failed attempts, in compliance with the BIR CAS - STANDARD FUNCTIONAL AND TECHNICAL REQUIREMENTS as stated “User identification codes are deactivated after unsuccessful attempts to sign on the computer.”

Go to Maintenance > System Options > System. Under User Account Lock-Out Policy, Tick ‘Lock Out User Account after (Number of Attempts) unsuccessful attempt/s of login’ and set the desired No. Of Attempts, by default, it is set to 2.

While for the ‘Lock Out Duration No’, select how many minutes or hours are needed for the user to wait before s/he can log in and use the system again. The system also has an option to permanently prohibit the user from logging in. 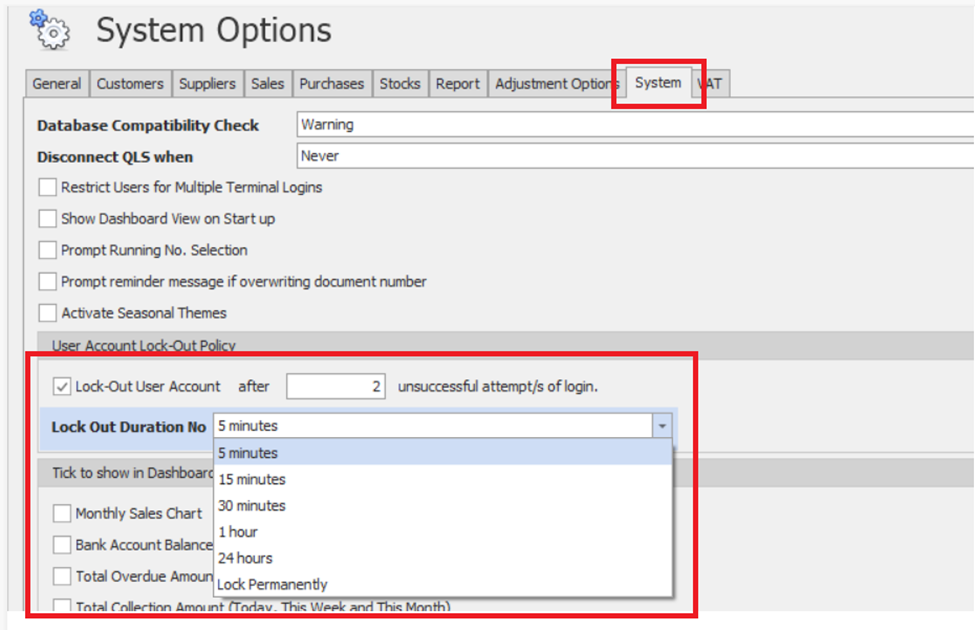 Once the set number of unsuccessful login attempts has been reached, the account will be locked out for the duration set in the System Options. 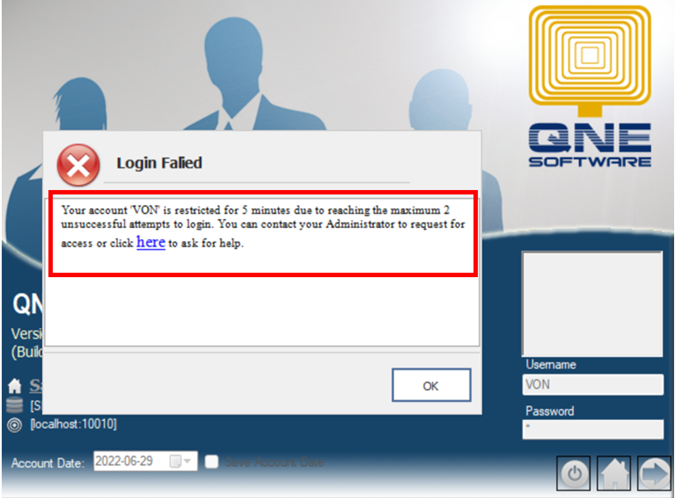 Was this article helpful?

Sorry! We couldn't be helpful

We appreciate your effort and will try to fix the article

Articles in this folder -