How To Resolve 'SQL Server Compatibility'

HOW TO RESOLVE 'SQL SERVER COMPATIBILITY' ERROR UPON DATABASE RESTORE

Upon database restore, user may encounter the error below: 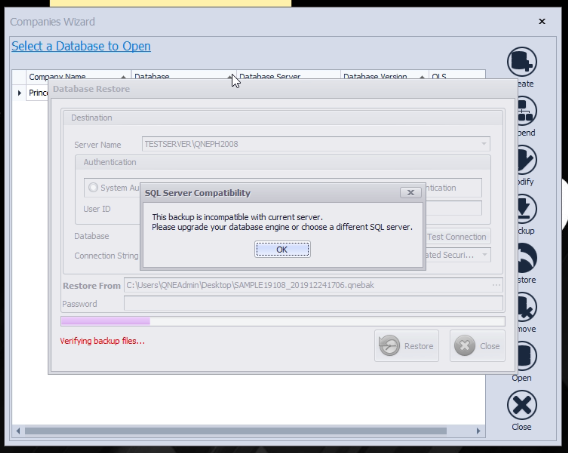 To verify SQL versions, go to SQL Server Configuration Manager. If not possible to search using Start Menu, try one of these commands:

If one of these commands have successfully opened the SQL Configuration Manager, that is the SQL version installed in the computer.

If the SQL Configuration Manager can be found on Start Menu, and user needs to verify the SQL version of the database instance, follow below procedure: 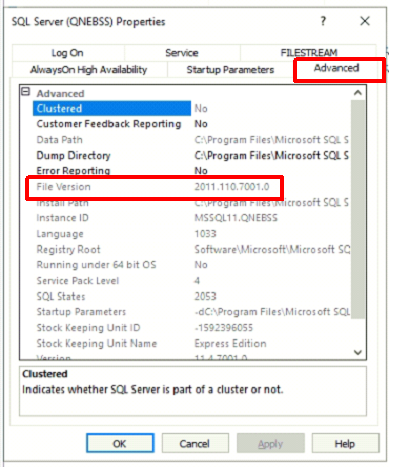 Both computers where the backup has been created and the computer to be used for restoring the backup must have the same SQL version.

Was this article helpful?

Sorry! We couldn't be helpful

We apprciate your effort and will try to fix the article

Articles in this folder -